In this article, we will look at how to evaluate a given Postfix expression to a result value. This is a problem related to Stack Data Structure. We will look at the algorithm with a step-by-step example along with the implementation in code. Let us first have a quick look at Postfix Expressions.

Note: The Postfix expression will be given as a String Input.

We traverse the string (ignoring spaces) throughout its length from start(0) to End(Length – 1 = 9). At index = 0, we get 8 which is Integer/Operand so we push it into Postfix Stack. Similarly, at index = 1 and index = 2, we get 2 and 3 respectively which are also Operands so we push them into the stack. After these operations the Postfix Stack now looks like this: 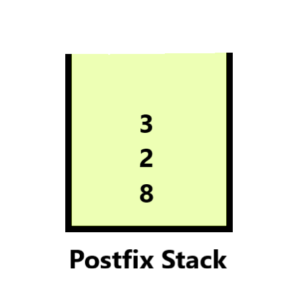 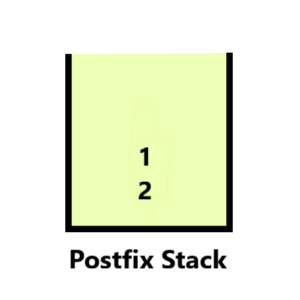 Now, at index = 8, we get the ‘ – ‘ operator so we then pop the remaining elements from the stack and compute their result as 2 – 1 =1 and push it back to stack again. Finally, we reach the end of the string, and the Postfix Stack will have the only value which is the result of the total evaluation: 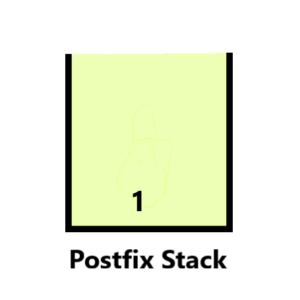 Note: We evaluate each pair of popped operands with the operator in reverse order to avoid errors in the result.

Space Complexity: We use a Stack which will at the most store all the Operands until we get an Operator so space complexity is O(T), T is the total number of operands in expression.

So that’s all about the article you can try out different examples with the algorithm discussed above and execute the code for a clear idea.